Many people would agree that finding a good modern western movie worth our time is pretty difficult. It is true simply because this genre is not very popular nowadays, especially when compared to typical blockbusters. However, it doesn’t mean there are no films of this type.

Have you watched Hostiles? If your answer is no, and you are a fan of westerns movies, you should put it on your to-watch list. In this article, we will provide you with a list of reasons why it should be the next film you watch.

The plot of this film is set in 1892, and it follows the main character, army captain Joseph Blocker, who is played by Christian Bale. Blocker is presented with a task he doesn’t want to complete. He receives an order to escort a Cheyenne war chief, Yellow Hawk, who is dying from cancer, back to their tribal land in Montana. Even though Blocker refuses to do this at first, he soon changes his mind after being faced with a possible loss of his pension.

Along the way, the group encounters a woman, Rosalee Quaid, played by Rosamund Pike, whose entire family was slaughtered by Comanche people, a war group of Native Americans. Although initially terrified by the Native Americans Blocker was escorting, Rosalee agrees to go with them to their next stop in Colorado. However, soon they will learn that this journey is more dangerous they initially thought, and they will have to fight for their lives.

The movie is written and directed by Scott Cooper, a former actor, now a successful director of several other highly praised films, such as Black Mass, Crazy Heart, and Out of the furnace. According to Scott Cooper Miami Beach, even though the plot of this movie is set in the 19th century, we can still say that it is relevant today. It includes many ideas that will resonate with the audience today, in a country where pointing out the difference is still a common occurrence. Due to this reason, you will get to see one man’s journey to redemption and accepting those differences between him and the others.

As already mentioned, the main character is portrayed by Christian Bale, and we all know how talented this man is. This movie is another instance where he demonstrates it. In some moments, it seems that you can see the character’s every thought on his face. It’s as if Bale doesn’t need any lines to let us see and explore the depth of his personality.

At first, Blocker is presented as a man who hates Native Americans and wants to have nothing with them. However, over the course of the plot, we are introduced to, in a way, a new complex character. We get to see the empathy he has for Rosalee and her suffering. Generally speaking, the audience does not like ordinary characters without any strong personality traits, and we can assure you that Captain Joseph Blocker is anything but this.

Furthermore, there is the magnificent Rosamund Pike. Many critics agree that she is perfect for portraying the role of Rosalee Quaid. Rosalee is a woman who has lost everything, and she needs to learn how to live again without her family. This journey won’t be easy for her because not only is she left completely alone, but she also has to find her own path in a dangerous world.

Finally, Wes Studi is another actor who has done a great job bringing the character of Yellow Hawk to life. This man doesn’t only need to face his imminent death from a horrible disease, but he is also a person of strong attitudes and beliefs. As you know, changing a perception one has had their entire life is never an easy task.

The complexity of the story

As a background story, we get to learn the reasons why both Blocker and Rosalee hate Native Americans so much. It also provides us with explanations of their attitudes and behavior at the beginning of the film. On the other hand, there is Yellow Hawk, the sworn enemy of white people.

So, how will these people co-exist? How will they reach the common goal they have? It is where the complexity of this film lies. The film suggests that the only way to overcome the issue of racism is to take some time and get to know the other person. Well, it is what the director tries to demonstrate. It is why this diverse group of people, where each of them has been hurt “by the other side” in the past, needs to find common ground to survive.

Most people are used to western movies that take them on a rollercoaster of events since they are usually fast-paced. However, this is only partially true when it comes to this film. Yes, there are certain sequences that will keep you on the edge of your seat, but at the same time, the director made sure to take his time, slow down the tempo of the film to let the audience explore the depth of the characters. You will understand what we are talking about the moment you watch the movie.

Even though not everyone praised this movie, the audience still fell in love with it. People don’t only praise the actors and their performance, but also the plot of the film and its complexity. According to some reviews, although there are several violent scenes, especially at the beginning when Rosalee’s family is killed, it is still paced beautifully, with the plot developing gradually until the final scenes.

Even if you are not a fan of modern western movies, we still believe you should watch this one. It is not so much about the setting and events as it is about characters who are strong and flawed at the same time. There isn’t a single one you can describe as good or bad, and that is the main advantage of this film. 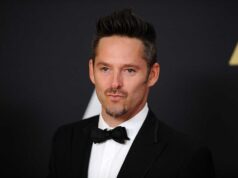