A survey that followed checking millions of tweets coming from large media outlets such as Fox News, the New York Times, and BuzzFeed, but also politicians from France, Germany, Canada, Japan, Spain, the United Kingdom, and the United States, conducted since April 1 to August 15, 2023, concluded that Twitter’s algorithm in six of the seven countries on the home page promotes more right-wing content than left-wing. The conclusions came from an internal investigation of Twitter’s algorithmic amplification of political content.

Distributed posts on the homepage and timeline are compared and the results of the research were released a year later, i.e. a few days ago. The biggest discrepancy between right-wing and left-wing posts was recorded in Canada, and right-wing content is a favorite in all countries except Germany.

Even Twitter does not know for what reasons the algorithm leans toward right-wing content. But there is someone who knows. Steve Rathje, a Ph.D. candidate at the University of Cambridge, discovered through his own research that Twitter’s algorithm is not a direct cause. He stressed that in the research he and his team conducted, they were interested in exactly what content is being replicated on social media and. They found a stable trend: negative posts about political outside groups are much more appealing to Facebook and Twitter users. In other words, if a Democrat is negative toward a Republican or vice versa, that is what is negative.

Twitter said the results of the research will be made available to scientists and that work is underway to introduce wider access to Twitter data for third parties.

Details of Research and Specificity of Germany

If we consider Rathje’s findings, it is possible that right-wing tweets on Twitter successfully provoke more fury, leading to amplification. Rather than a unique political bias, the Twitter algorithm problem could be due to the propagation of poisonous messages.

As we previously mentioned, according to the Twitter analysis, Germany was the only country that did not experience the right-wing bias of the trending algorithm. It is possible that it has something to do with Germany’s agreement with Facebook, Twitter, and Google to remove hate speech within 24 hours. Some Twitter users even change their country to Germany to avoid seeing Nazi pictures on the platform.

Twitter might easily find itself in the same situation, but it is openly publishing some of its internal data audits in the hopes of preventing a leak. This is similar to what Twitter did when it comes to gambling ads and posts. It took a standpoint that it forbids the advertising of gambling content, with the exception of campaigns aimed at hotels with casinos (online versions of all land-based casinos and their games are by the link), gambling accessories, and news and information about virtual sports.

Another study, according to Rathje, indicated that moral anger boosted viral posts from both liberal and conservative viewpoints, although conservatives were more successful. As for the aspects like an algorithmic promotion that leads to virality on social media, he said that more research is needed to evaluate if these elements help explain the amplification of right-wing content on Twitter. If the platform digs deeper into the issue and allows other scholars access, it could be able to better handle the controversial information at the heart of the issue. 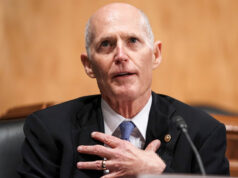 What Did Rick Scott Do Before His Political Career?

Why Have Documentaries Become So Popular? – 2023 Guide